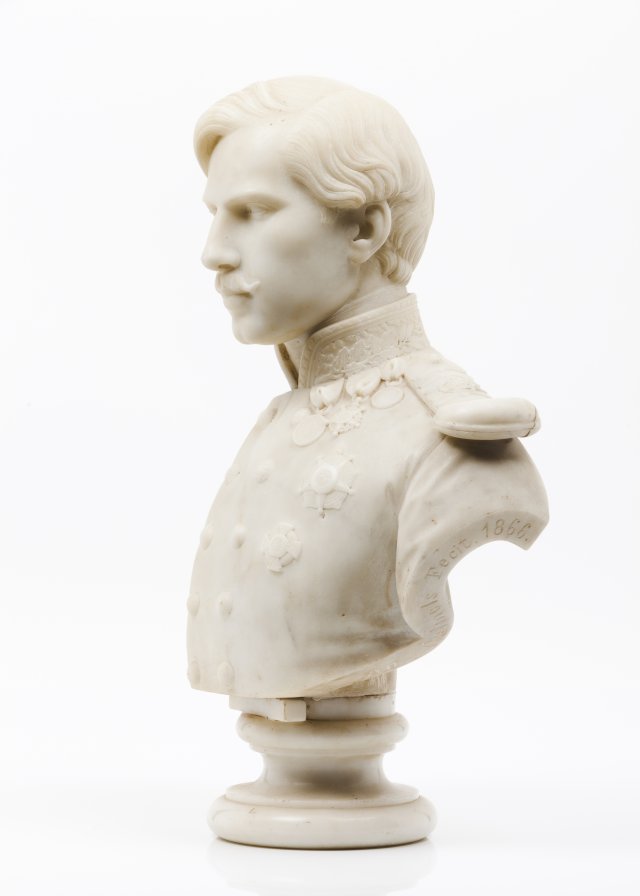 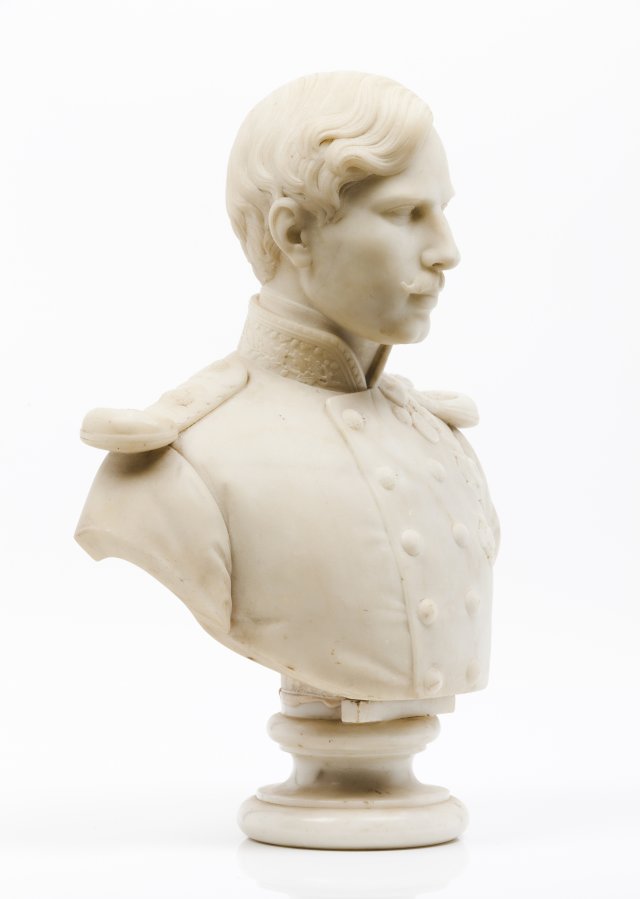 The ostentatious statuettes he created reveal a plastic sense and belong to the same order of aesthetic values rooted in classicism, which appealed to a restricted circle of amateurs who were not exempt from academic conventions. Representing the last echoes of romanticism in our country, if Calmels contributed little to an update of stylistic values in Portugal, he conveyed to his students the refinement of execution that was the hallmark of his work. Ramalho Ortigão, when speaking about artistic education, recalled that, in a context where “escultores como Soares dos Reis, Simões de Almeida, Tomás Costa, Teixeira Lopes, Nunes, Duquesa de Palmela, pode-se afoitadamente dizer que há uma arte, e deve-se acrescentar que há uma escola”, a corporatism that included two of Calmels' most notable disciples.

The bust of Dom Pedro VI

At least two proofs of the plaster bust of D. Pedro IV are known, dating from 1860, and it was taken by the sculptor when the King was 23 years old. The same time when the journalist José Maria Latino Coelho (1825-1891) describes the king commenting on a drawing by Nogueira da Silva recorded for the 1st volume of the “Pitoresco Archive”: fronte juvenil onde quase já se podiam descobrir vincos precoces deixados pela assiduidade ao estudo, uma fisionomia denunciadora de hábitos de reflexão e afeição aos encargos da magistratura.” This model was presented at the Industrial Exhibition of Porto in 1861, which the monarch inaugurated, having appeared at the Universal Exhibition of Paris in 1867 Expressive enough, the monarch's face is presented on a pedestal with the king seen from the front, dressed in a charlater's uniform and without laces (unlike the bust in the PNA collection). The face is smooth and with correct features, she wears a small fluff and hair parted on the left and has a determined look. From a stylistic point of view, the influence of the Frenchman James Pradier is evident, whose bust of the Duke of Orleans (the bronze can be found in the Louvre) must be confronted.