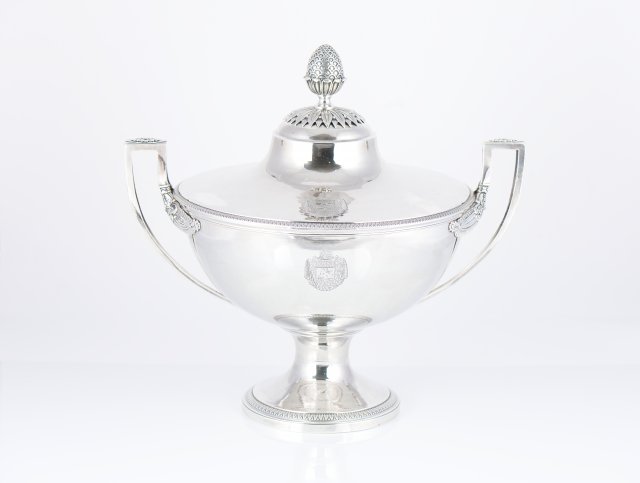 André Massena, Prince of Essling and Duke of Rivoli was a French Military Commander during the French Revolutionary and Napoleonic Wars. He was one of the 18 Field Marshals of the Empire created by Napoleon, and also known as "The most cherished son of Victory".
Napoleon referred to him as "the greatest name of my military empire". His career was equalled by very few military commanders of European History.
Complementing his success in the battlefields, he helped the careers of many others. The vast majority of his contemporary officers served under his command.
His name is inscribed in the Arc du Triomphe in Paris, in one of the boulevards that crisscross the city and in one of the bridges crossing the river Seine.
The town of Massena in New York was founded by French lumberjacks in the early 19th century and baptized in honour to the Field Marshal. Massena, Iowa, also in the United States, in turn named after the New York community, honours Massena with a portrait in Centennial Park. His birth place, Nice, is the city where is located Massena Square, also named after this military hero.