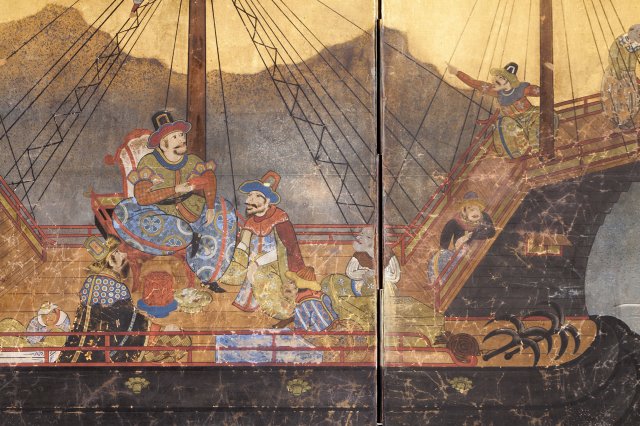 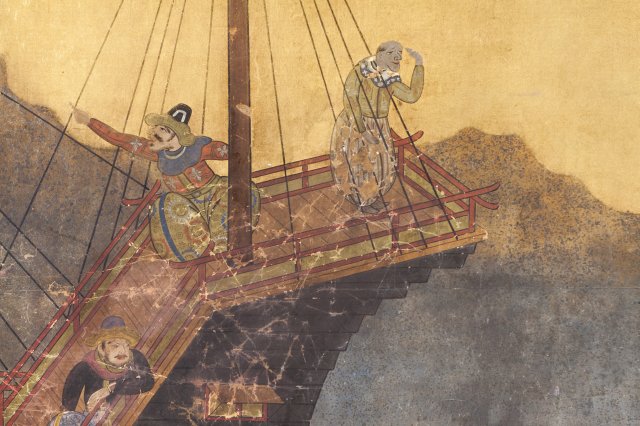 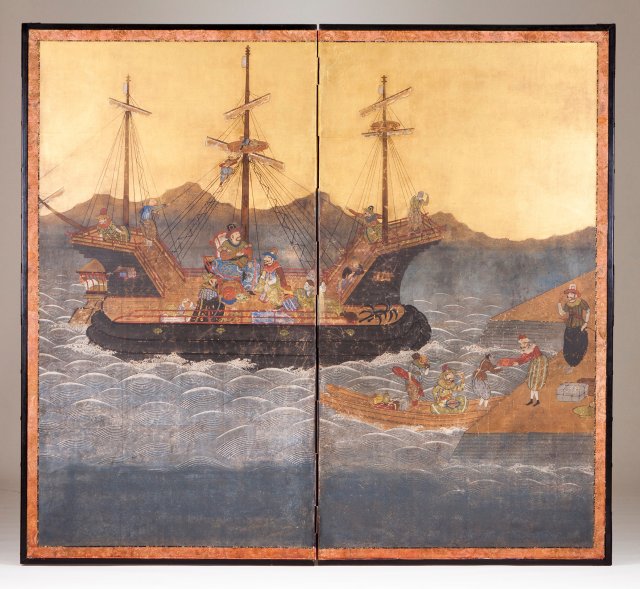 Namban screens, made in Japan between the late 16th and the 17th
centrury are today highly prized of its historic importance as evidence of the first
business interactions between Japan and the West.
Approximately 100 examples are known today, kept both at museums and
private collections.
The screens were commonly made in pairs depicting different phases of the
same story. Usually composed of six folding panels, screens of four and two
panels are also known, as is the one now offered for sale.
The story here depicted is one of the most recurring themes - the arrival of
the Nau do Trato, also known as Nau Negra (Black Ship) ou Kurofune, to
Nagasaki harbour. The ship, which came from China or India, carried silks, highly
regarded by the Japanese.
The work now offered for sale, similar to the one shown in the collection of the
Boston Museum of Fine Arts, is a two-fold screen illustrating at the centre the
Black Ship and highlighting the interactions of the crew, depicted - as usual for
the Namban-jin representations (Barbarians of the South, as all Europeans were
called) - with large noses, beard, mustache and baggy pants. In this screen, a
portion of the harbour is also depicted where two Namban-jin are receiving
goods from a smaller boat.
The screen that is believed to be the pair of the one in our sale - kept in a
Portuguese private collection and exhibited, among others, in 1989 Europalia - is
also attributed to the second half of the 17th century and depicts a similar ship
with the same characters but without the harbour and the second boat.