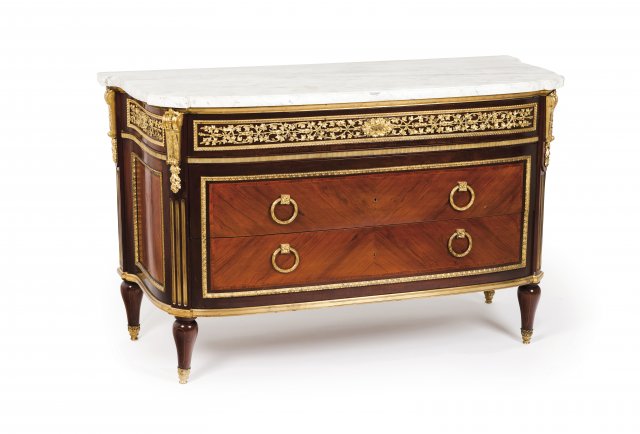 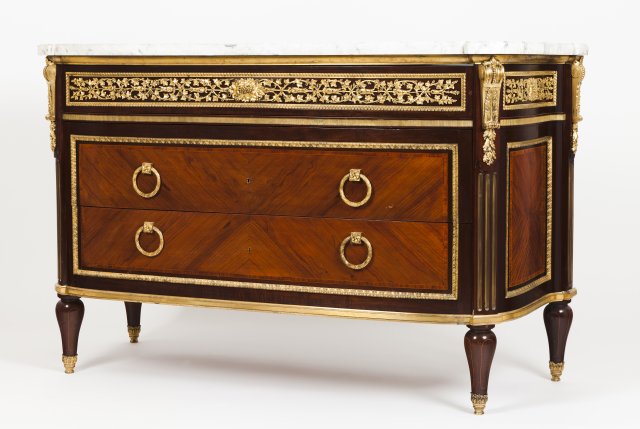 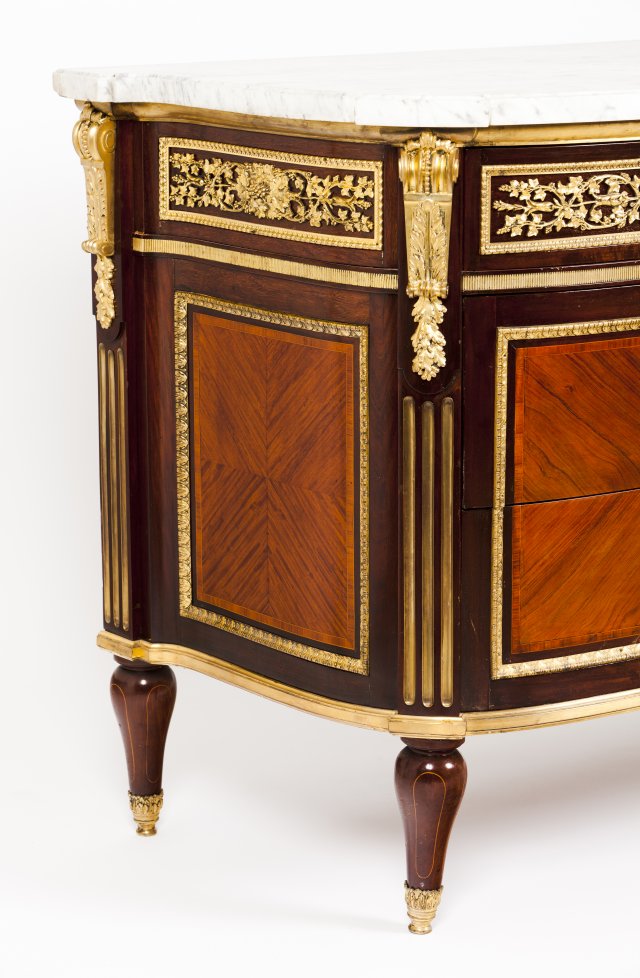 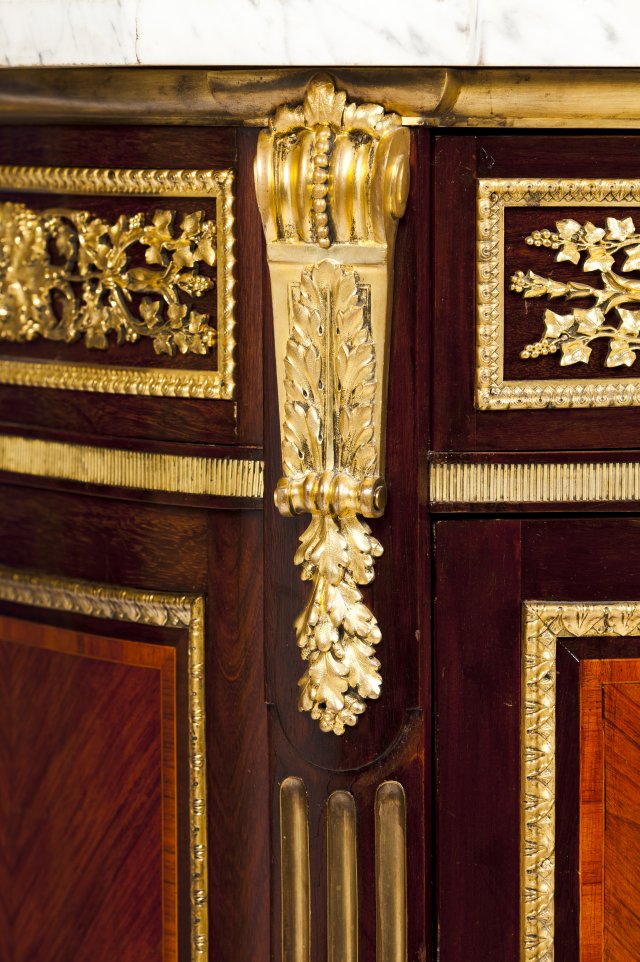 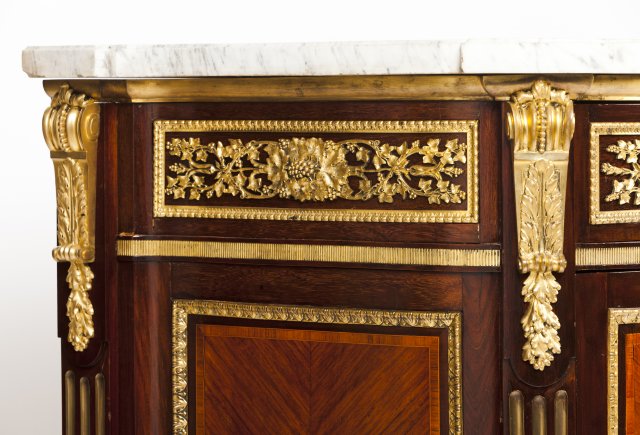 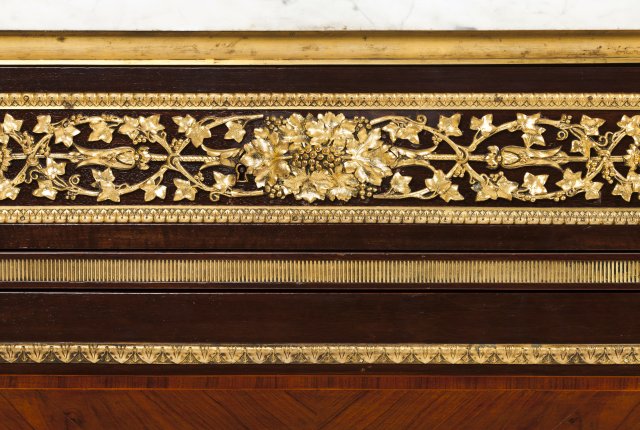 Jean-François Leleu had been an apprentice, and later, together with his rival JeanHenri Riesener (1734-1808), an associate of the ebeniste Jean-François Oeben (1721-1763). Following from the latter’s death, Leleu assumed the workshop management, becoming a “master ebeniste” the following year and attracting the patronage of many wealthy aristocrats, such as the Prince of Condé, Louis-Joseph de Bourbon (1736-1818) and Madame du Barry (1743-1793). Leleu’s production can be split into two simultaneous, yet distinct styles; a first one that follows the directives of Oeben’s legacy, characterised by robust shapes of nobler style, and a second, simpler one, but still of clearly defined lines that became an exercise of elegance and euphemism. It is mainly for the latter style that Leleu is remembered and of which, the present commode model, of gentle undulations and contained mounts, is the best known and more often divulged example. In 1860s Paris there was an exponential increase in the number of luxury furniture makers, or ebenistes, which amounted to the considerable number of approximately 2000. This figure contrasted sharply with the 14,500 artisans that, in the city, produced lower quality furniture. The ebenistes were undoubtedly the privileged makers responsible for producing the finest furniture, often destined to the French Imperial House or to European Royalty. Their production, small and exclusive, was often made in discreet and unassuming workshops located to the back of the shops. The many thousands of other furniture maker’s, producing directly for larger stores and factories, were curtailed in their creativity, often repeating monotonous yet popular models, produced at lower cost for the ever-growing urban masses.