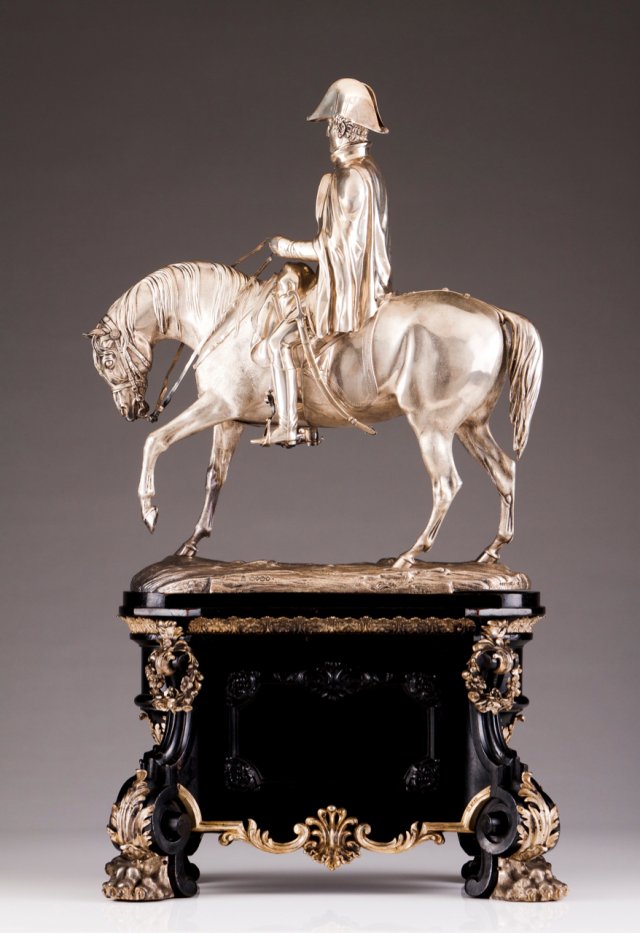 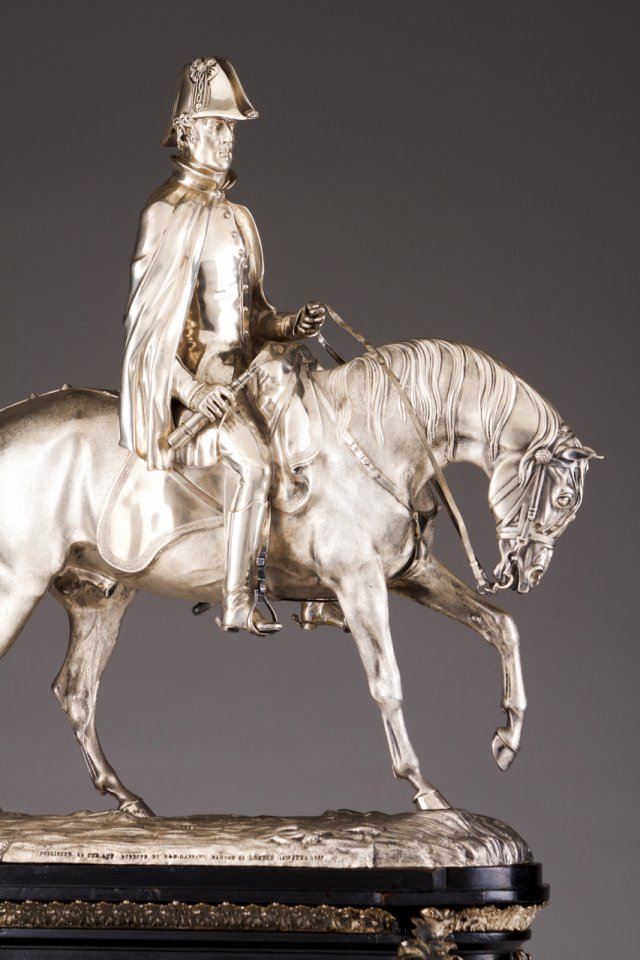 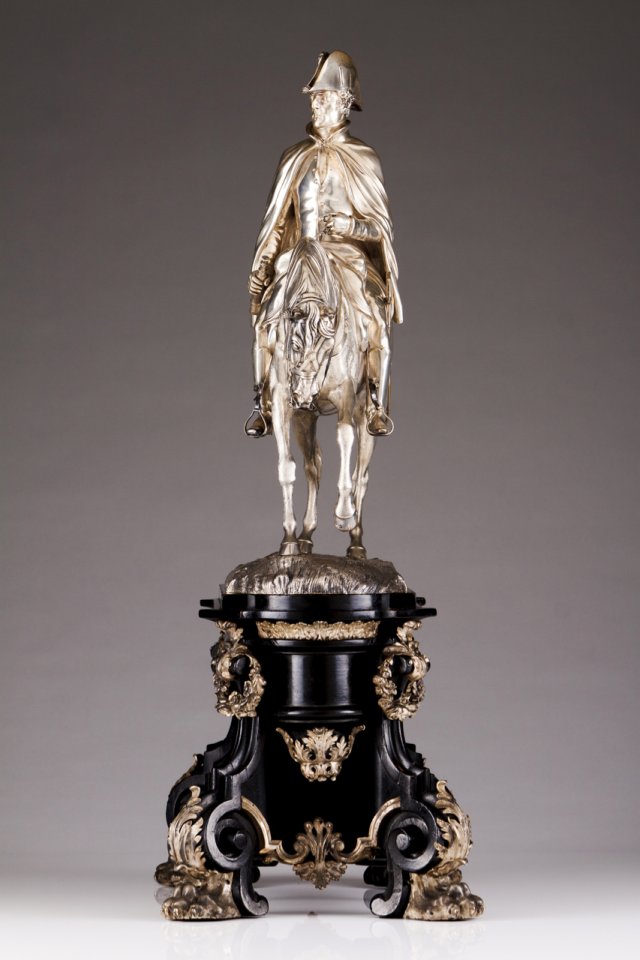 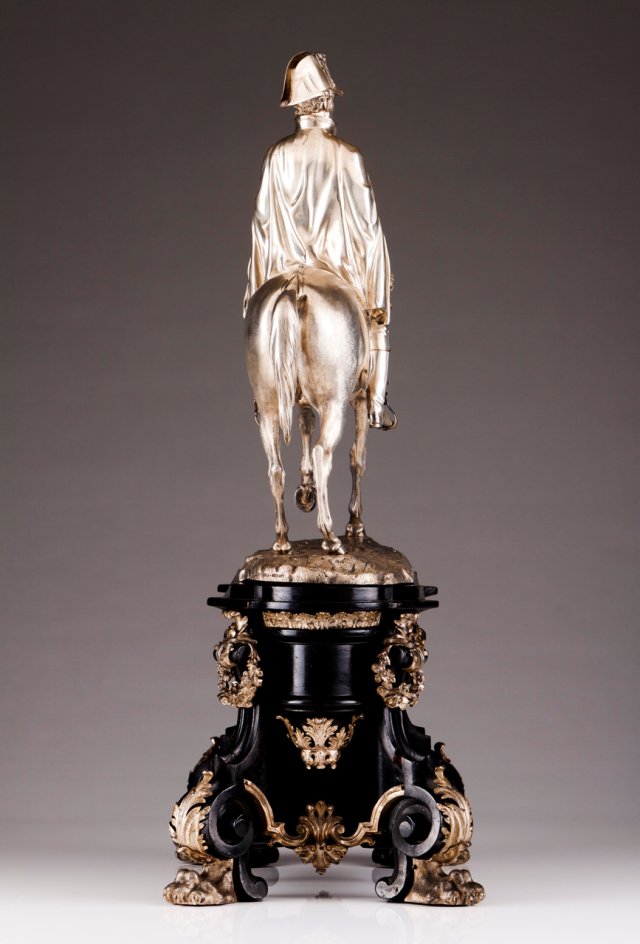 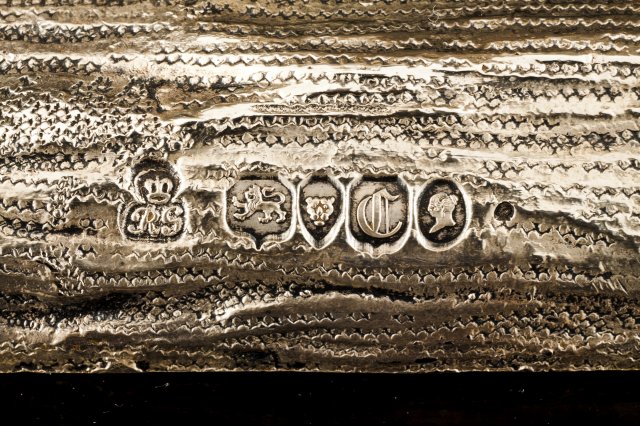 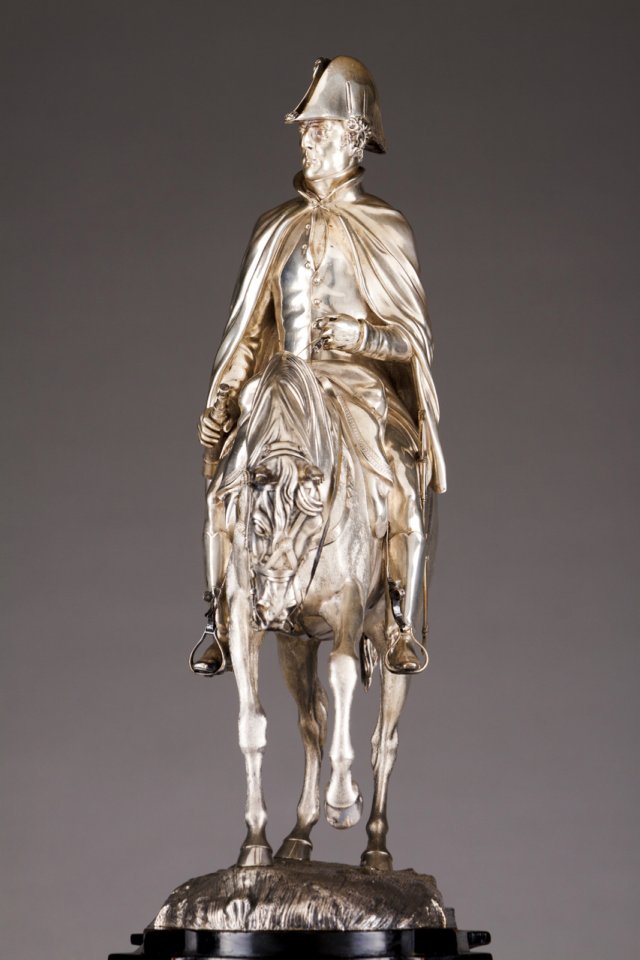 Note:
Some bronze casts of this model retailed by Garrard are known in private collections worldwide but it is exceptionally rare to find examples of the first ones that were produced in silver, as is the case of the one now offered for auction.
One silver model was displayed on the sideboard at Apsley House - Wellingtons London palace - and also on the Waterloo Banqueting table, from 1837 to 1851. A John Nash watercolour, now at the Victoria & Albert Museum, painted circa 1852 still depicts the sculpture on the top of the famous banqueting table. It is curious to note that the piece is standing alongside with the magnificent Portuguese silver centrepiece designed by Domingos Sequeira that traditionally was on central display at Waterloo Banquet and still kept at Apsley House.
This equestrian statue of the Duke of Wellington was sculpted by Edmund Cotterill in his early years as chief designer at R & S Garrard.
Edmund Cotterill (1795-1860) attended the Royal Academy Schools in 1820 and exhibited at the Academy between 1822 and 1858. Cotterill achieved impressive popularity and is responsible for the imposing reputation that Garrard silver and bronze sculptures achieved during this time.
According to the Illustrated London News of 1842, Coterill deservedly stands at the head of the class of artists who model for silversmiths and his production, annually exhibited at Messrs. Garrards, have earned for that house a celebrity wich no other can equal.
During this time Garrard produced magnificent sculptures, centrepieces and well-known trophies of sporting events: Ascot, Doncaster, Goodwood Cups and even The Americas Cup in 1848.
In 1840 Prince Albert asked Cotterill to make a model of his greyhound Eos. In 1842/3 the model was used to make a centrepiece now in exhibition at the Victoria & Albert Museum.
Robert Garrard II was one of the most important silversmiths of his time and heir (with his brothers James and Sebastian) of his brilliant father, Robert Garrard I. The firm and name of Garrard deserved royal patronage since the 18th century and achieved the title of Royal Jewellers in 1830 and the unique position as Crown Jewellers in 1843.
We are thankful to Dr Kirstin Kennedy, Curator at the Metalwork Department of the Victoria & Albert Museum
João Júlio Teixeira, G.D.