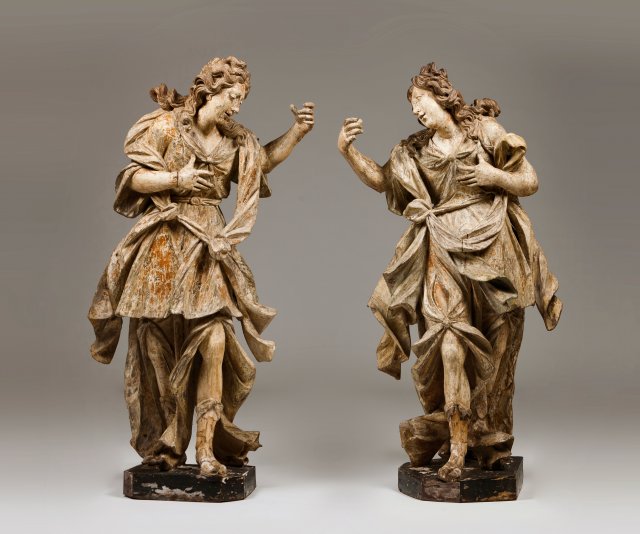 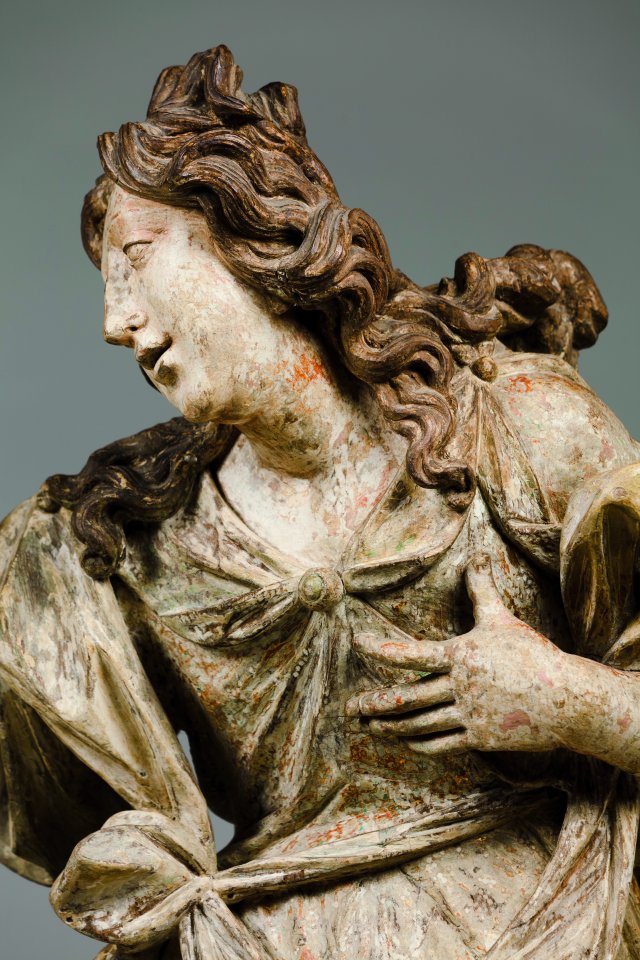 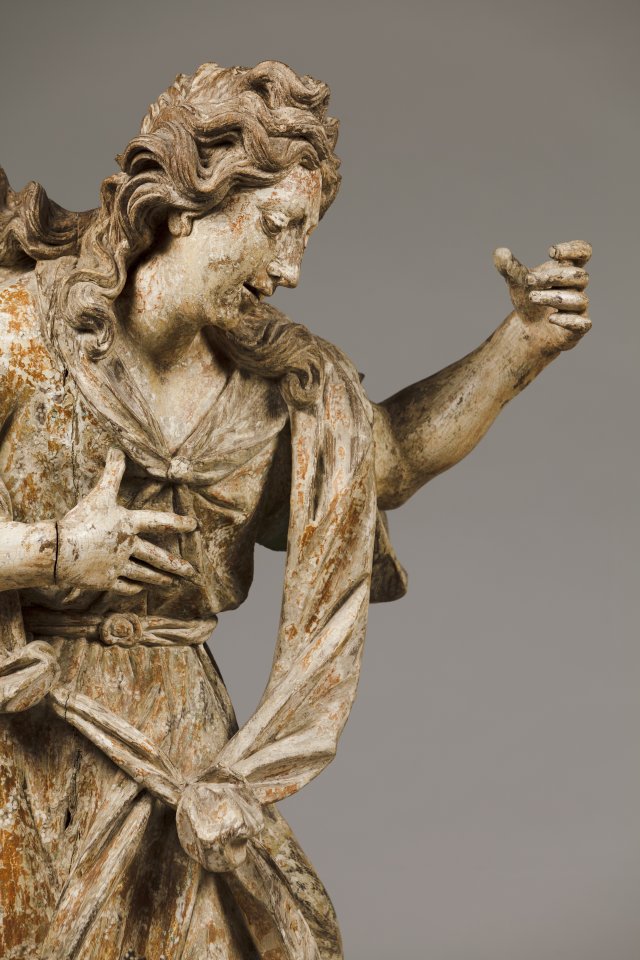 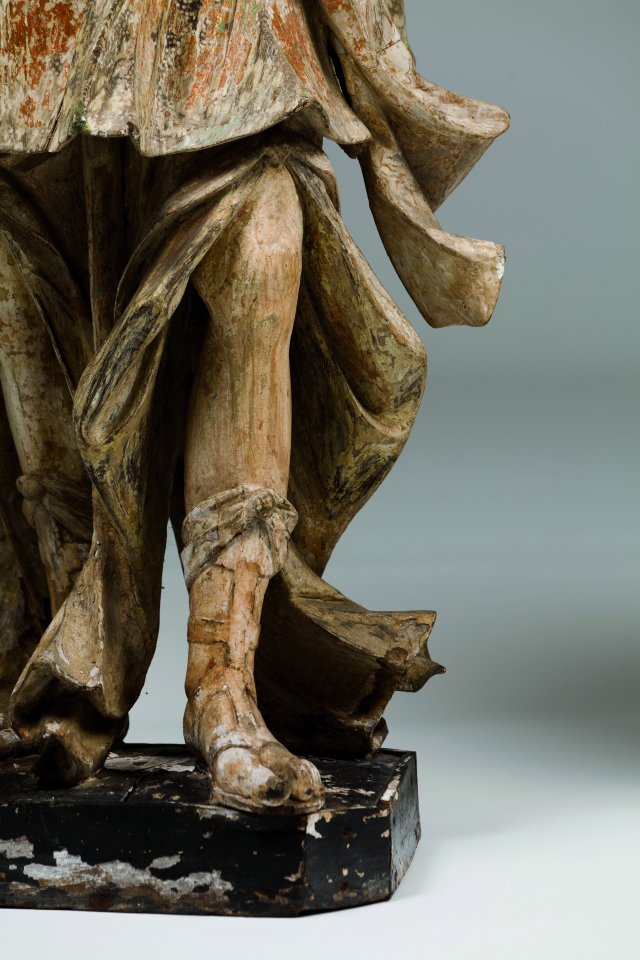 The origin of carving and sculpting wood merges with the dawn of civilization or even with human existence itself. For centuries, wood was certainly the favoured and most widely available material and consequently through it, the control and knowledge of carving tools – gouge, mallet or adze – did eventually spread worldwide.
In the Modern Age, the Baroque artists explored wood to its full plastic capacity as its flexibility and viability for adding, suppressing and changing its parts - whose evidence would disappear under layers of fillings and polychrome decoration - made it a favoured media to facilitate the sculptor’s creative virtuosity. Painted or gilt, the material gained sumptuosity and the figures it embodied became almost sacralised. These dense decorative techniques, however, would also often hide, almost completely, the inherent qualities of the artist’s creative work.
As such, it has commonly been the passing of time and the corrosive action of the natural agents – sunlight and humidity – that has revealed the technical control of the artists that produced those sculptures and their inherent artistic quality, which often, either by imposed aesthetic canons or religious modesty, they themselves had to hide from view. That is eventually also the case with the present pair of 17th / 18th century Seraph sculptures which, under close observation, reveal unquestionable evidence of polychrome pigments and gilding.

Angels, Archangels, Cherubs and Seraphs, together with all the other heavenly army warriors, were a common source of inspiration for painters and sculptors throughout history. In terms of celestial armies’, artists became highly skilled in representing their iconography and, in no other such case, was symbolism so successfully represented and interpreted as in the particular portraying of Angels.
The halo, or the aureole, was never absent from an Angel’s head as unmistaken sign of sanctity. In turn, the equally ubiquitous wings are the distinctive and emblematic Angelic illustration of spirit, of power and of speed. Seraphs and Cherubs are generally depicted with one, two or three pairs of wings, that symbolize the pure spirit, well informed by love and intelligence. In as much as the head is an emblem for the soul, for love and for knowledge, the wings maintain their usual meaning.
The form of representing the two higher orders of angels is ancient and in the early days of their existence their faces are human, pensive and mature. Gradually they will become infantilized in order to convey a sense of pure innocence.
Celestial armies were profusely used as ornamental thematic. The elegance of these sacred beings, depicted under a juvenile appearance and androgenous beauty, posed an unquestionable challenge to artistic creativity. Reinforcing the sacred dimension of the scenes into which they were included, they gained space in religious depictions by populating the celestial universe, fluttering amongst clouds or filling the divine mansion of musical insinuations.
Numerous episodes from both the Old and New Testament allude to their role as messengers between Humankind and the Divine. Such is the case with the well-known theme of the Annunciation, in which it is possible to see the ceaseless recreation of a handsome Angel Gabriel, attired in long and sophisticated costume and glaring wide wings.